Are you a gamer or do you like games in general? Do you remember Phoenix Ready games in our last blog about them!?

PRG known as Phoenix Ready Games is working on collaborating  with Design Hub. Daniel Todd the CEO of PRG other known as Phoenix ready games, but also a known ARC Student is working with the Design Hub by using there interns for their upcoming game Holiday wars and a new game that is in development at the moment. Many of the interns who have joined Daniels team are great with 3D modeling, 2D Artwork, Programming, and Animation.

You might of heard of them from a blog post a year ago when they were  working on Holiday Wars.

Some of the interns that are working with PRG is getting paid for their work by the Design Hub.

Some of the interns who aren’t getting paid are working on their own time when they don’t have other Design Hub work to do. 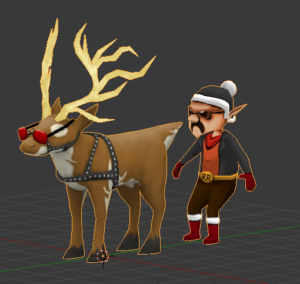 Just like a previous blog post about Holiday Wars; Daniel and his team is still working on finishing up this project and getting the game ready to be able to play.

The other game the company is working on is still in development and still in discussion with the team. Furthermore about this project is still in making and will be announced when the game is fully discussed and in programming.

https://www.comstocksmag.com/longreads/makers-wanted ……..Thanks to CCC Maker Grants, an initiative of the California Community College Chancellor’s Office Workforce and Economic Division, 24 …

END_OF_DOCUMENT_TOKEN_TO_BE_REPLACED

Sierra College produced this video demonstrating the impact of Sierra Makerspaces on our students, faculty and campus communities. Sierra College …