Of Mushrooms and Chimpanzees – CCC Maker

A few weeks back, Max (student and aspiring mycologist) spent some time preparing jars of rye berries for starting mushrooms, as part of our larger effort to produce planting pots for a coffee farm. We got to try out the new autoclave, which seemed to work well, though it’s noisy and a little startling. Rye berry steam smells wonderful, by the way. 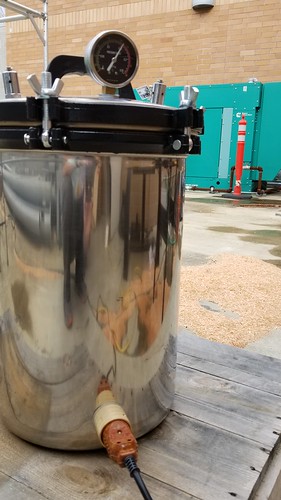 Max returned a few days later to inoculate the jars with a few different kinds of mushrooms. 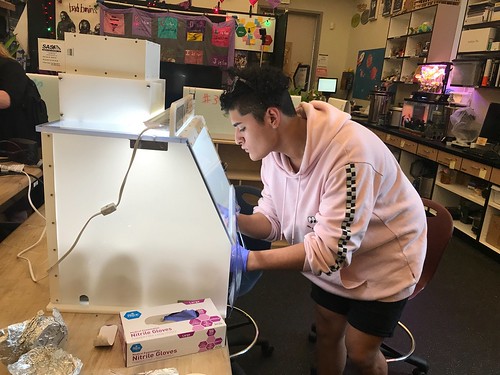 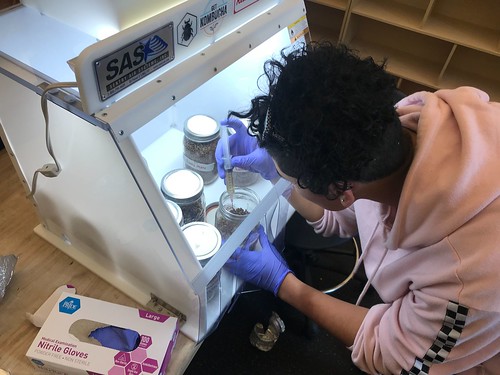 Fast forward to today. We pasteurized a quantity of rice hulls in a mesh bag in the big kettle… 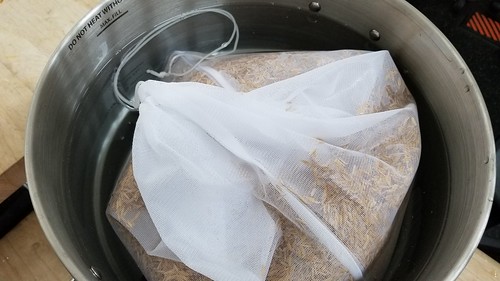 …then turned them out on a sanitized surface to cool before adding the contents of the three remaining King Oyster mushroom jars we inoculated back in February. 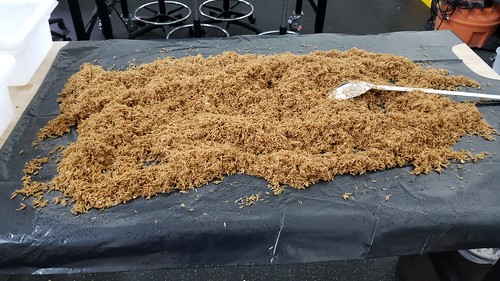 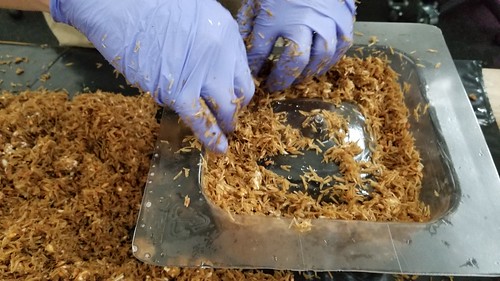 …and into sterilized four inch planting pots from the garden, and (inspired by the work of Corinne Okada Takara) still had enough to fill up the chimpanzee mask that came with the vacuum former. 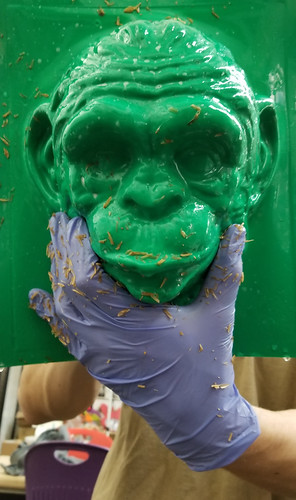 I have been kicking around the idea that we might be able to eliminate forms entirely by using a soil blocker, which is typically used to create planting pots out of soil. As it turns out, rice hulls almost but don’t quite hold together enough. I think the idea has merit, and am eager to try different substrate combinations to see if it might work, which would speed up production of finished pots considerably. One idea would be to inoculate a lot of substrate, and wait for it to begin knitting together with mycelium. Presumably at this point it would be more likely to cohere, and we could then use the soil blocker to compress it into a form. I think it’s worth a shot. 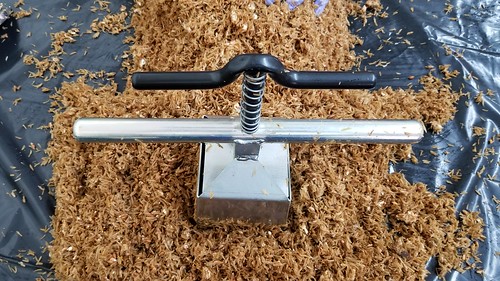 We placed all the filled forms in sterile containers, and we hope to see signs of mycelium growth in the next little bit. 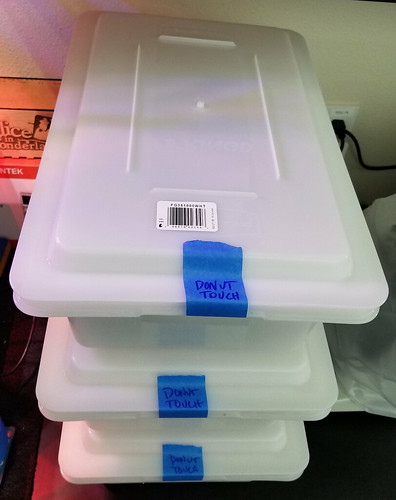 END_OF_DOCUMENT_TOKEN_TO_BE_REPLACED

Santa Maria, California–The first meeting of Hancock College’s Makerspace Advisory Committee was an incredibly fruitful one.  Hosted by our community …