Today we got a look at the first prototypes of our mycelium-based 4″ planting pot project. Here’s how they looked, still in the forms. 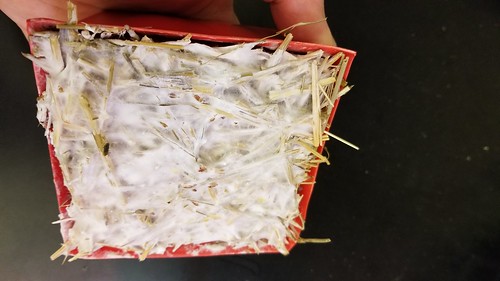 The “good” one – the one where the 3D printed PLA positive didn’t deform during the vacuum forming process – is really solid and feels done. 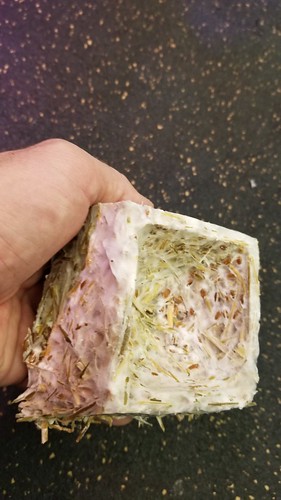 The second one didn’t want to release from the form, which was not surprising, given how much deformation occurred during thermoformer’s heating cycle, so I had to cut it free from the pot, and use few paper clips to keep the top section attached to the more substantial base. 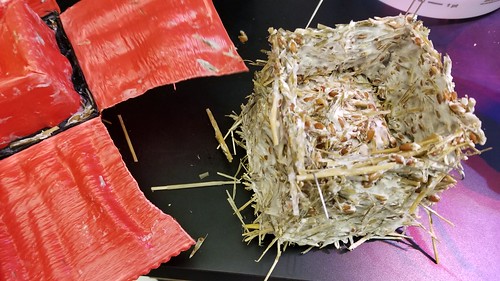 Into the dehydrator at 100 degrees Fahrenheit for about three hours, and we’ll see how they feel after that. 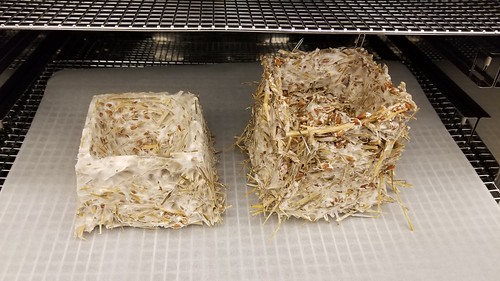 For this iteration, we used oat hay as the substrate, into which we mixed rye berries inoculated with King Oyster mushroom spawn. Since we set up v1, we’ve received a food processor, in order that we might more finely chop up the substrate, and we also have some other substrates in the shop, including rice hulls and various wood chips. V2 next!

On October 5, the Arts Council of Placer County held its inaugural “Reinvent the Runway” show featuring more than 30 …