The theme for week eight of Sociology 379: Making Social Change was “memory” and its role in social movements. We used timely news coverage of the controversy surrounding Confederate statues as a leaping off point for a discussion about monuments, using James W. Loewen’s “Ten Questions To Ask At A Historic Site” to frame the conversation.

We talked about a variety of examples, including EJI’s Community Remembrance Project, the Bussa Emancipation Statue, many from the San Antonio peaceCENTER’s gallery of Peace & Justice Monuments, and the relocation of Negro Hill Cemetery, an example from our very own backyard. We also spent some time on the aesthetics and the design of monuments, including the role of light and shadow, scale, and subject matter.

Students were then presented with a mock RFP:

The Carlson Dowell Social Justice Foundation is seeking proposals for a monument – a permanent public art piece – to be installed at Folsom Lake College in spring 2018. The monument will occupy a 50’x 85’ footprint adjacent to the Falcon’s Roost. Whether your goal is to memorialize or celebrate an important social justice issue, your proposed monument must also educate, in keeping with the college’s mission. The installation must also be interactive, encouraging students and the public to actively participate and interact with the work.

Specifications for the prototype included that it be free-standing, crafted at 1:24 scale, include at least one digital fabrication element – an object created/modified using the laser cutter, CNC, vinyl cutter, or 3D printer – and that it incorporate LED lighting. 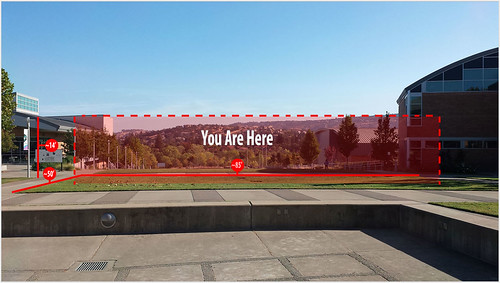 We took a walk out to the proposed monument site so that students would have a sense of the scale and surroundings. Back in the lab, students set to work on their proposals. In a very short time – about 2 hours, really – groups were able to craft some really thoughtful proposals and interesting prototypes.

David, Clarity, and Luna developed their proposal around the idea of differences and commonalities among Folsom Lake College students. Their prototype was based on a maze concept, with many paths leading to a central common ground. 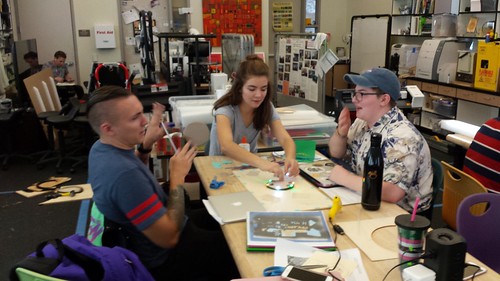 Another group developed their proposal around issues of food distribution and food insecurity. They incorporated a greenhouse into their prototype, using www.makercase.com to generate the cut file, and the laser to cut the parts from clear acrylic. Here Nusaybah and Micaela are preparing to solvent weld the pieces together. 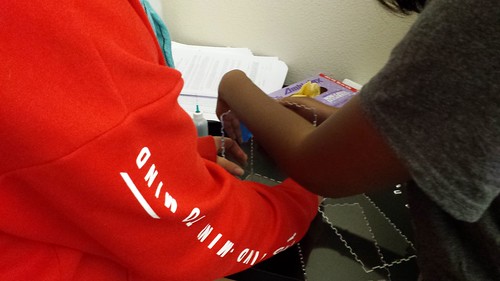 Zainub, Heather, Jeremy, and Kila based their design on a View-Master Viewer, and were able to modify a Custom View-Master Disc they found on Thingiverse (CC BY TheHeadlessSourceMan), which they cut from wood using the laser. 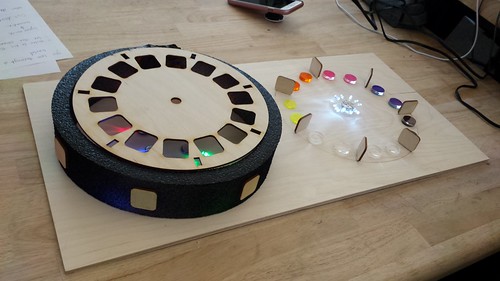 As the final step in the process, groups shared their proposals and prototypes and took questions from their peers. 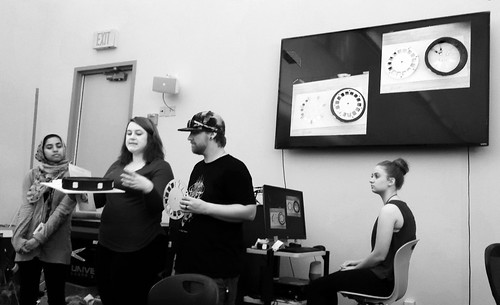 We’ve got a great group of students, and I’m continually impressed by their open, collaborative, and creative approach to the course.

Cabrillo College Makerspace Opens Its Doors to the Public