Ivan, intern from the Design Hub, has made the next gen fidget spinner. 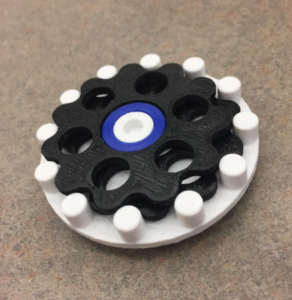 This individual project was originally intended on being model for a transmission gear box. But not for heavy industrial motors such as those found in cars or any other kind of automobiles. The actual one will be for smaller, motors that would accept it better. Since the model was finished, Its original use of the project as a model had been completed.

Ivan’s current plan is to build 10 fidget spinners out of this little plastic model.  The final product of this model will move and twist at a super slow speed, Its a creative way to put this idea together. 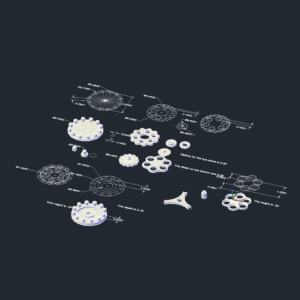 Modeled and designed using the program, AutoCad. Its also Ivan’s deliverable from Randy.

The stack of ten fidget spinners will not be sold as a whole. However, each individual fidget spinner will be going on sale soon in the ARC Bookstore.

The price of the fidget spinner is going to be approximate $4 per spinner.

Since the model is made out of plastic its not going to be used as real motors.

The real one is made from a sturdy material such as metal and steel. It took Ivan 3 days, Approx. 6 hours to design the model himself. It took one week of 3D printing to make it come to life!

END_OF_DOCUMENT_TOKEN_TO_BE_REPLACED

Spark Your Fuel for Technical Education this Spring

There are over 8 billion smart devices used for homes, manufacturing, logistics and healthcare worldwide, according to Gartner Inc. research. …

END_OF_DOCUMENT_TOKEN_TO_BE_REPLACED

Day of the Dead

Day of the Dead. In this holiday focuses on the gathering of families and and friends in praying to remember …